My friend stumbled upon this place while looking for a place with iced coffee at 10pm. He got his iced coffee and brought some menus back to the hotel for me to look at. It seemed pretty good, so we came here for breakfast the morning after.

This place is pretty big. It's also quite nice. Upon entering, there are two counter areas: one where you order coffee/drinks, and another where you order food. The drinks counter had some smoothie samples available for customers to try. The smoothies were delicious, but at $7/cup (looked like a 16oz size), it was pretty expensive. There were laminated and paper menus near the food counter. Seating is available upstairs. 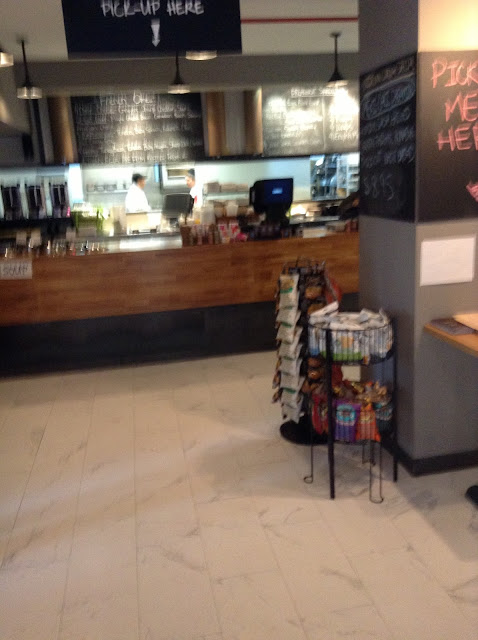 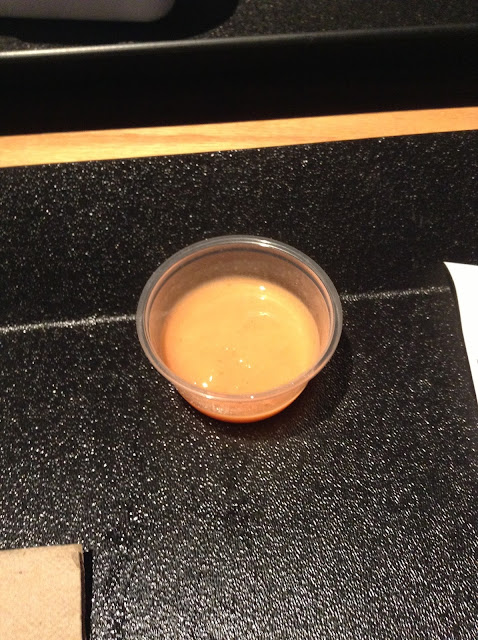 They also had some buffet-styled pick-your-own-food trays. It's not an all-you-can-eat deal though, but more like the cooked food section in an upper-scale grocery store (like the Whole Foods Market in Yorkville). 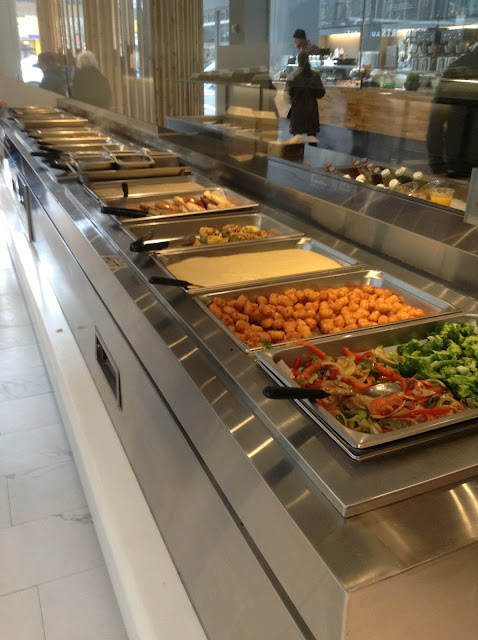 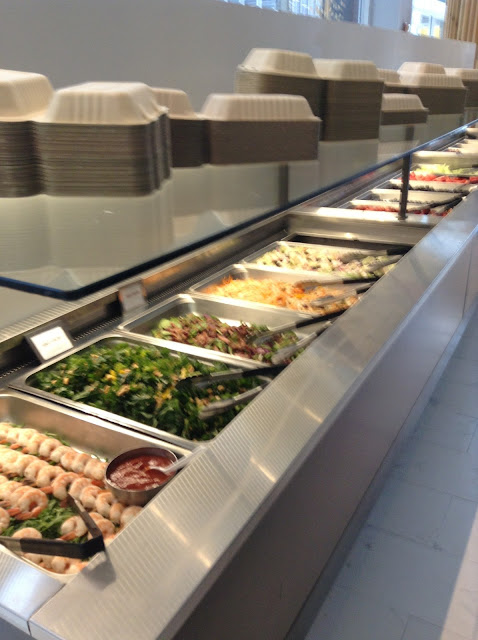 They also had a shelf of artisan confectioneries and other stuff like chocolate bars, candies, sauces, etc. None of these had prices (I dislike that), so you probably won't find out the price of any of these until you bring it to the cash. 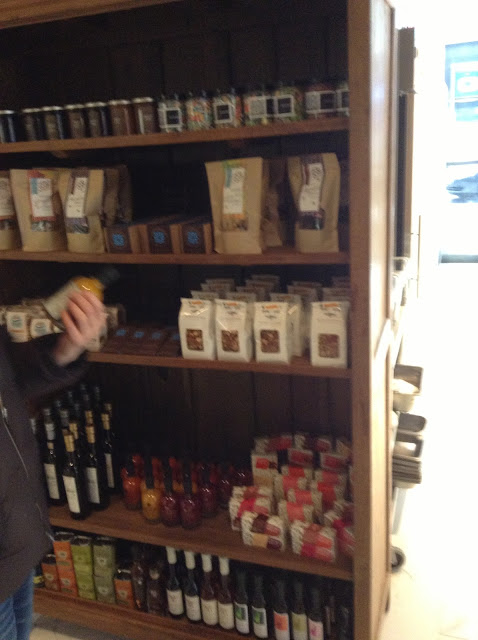 A shelf ful of stuff

Their breakfast selection was pretty good. There are a lot of choices to choose from. I ordered the black forest ham with egg and cheese on a croissant, and it came out to $5.99 after tax. Compared to the Metro Cafe, this was cheaper and tastier (and greasier, thanks to the croissant). My friend got some egg/mushroom mix on a bun, and he enjoyed that as well. 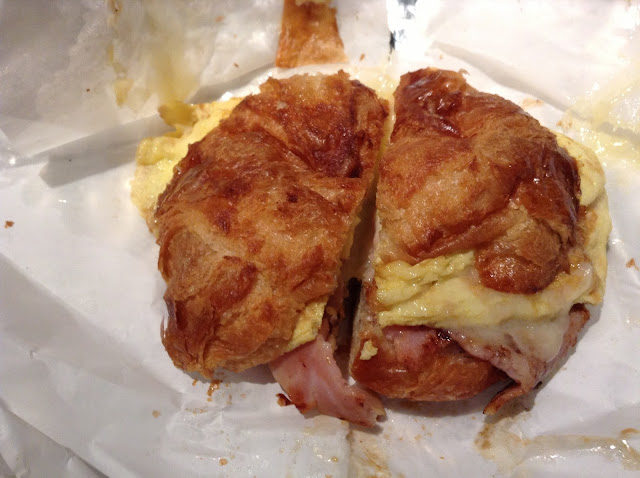 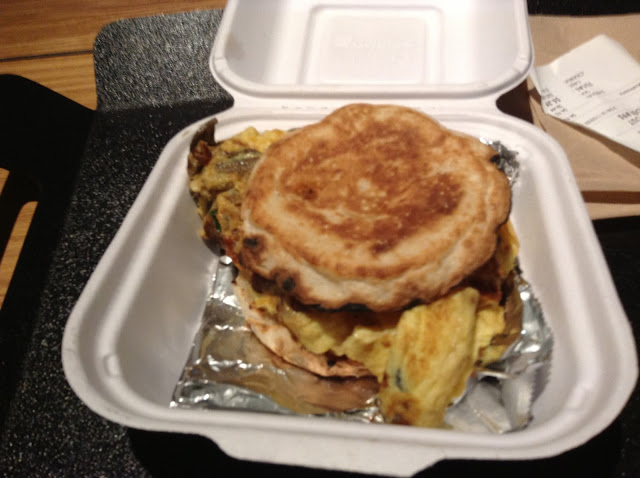 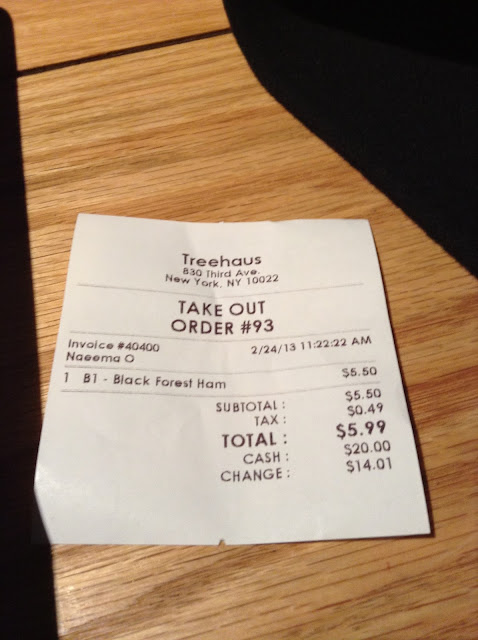 The bill. Pretty cheap considering every meal I've had here has been greater than $8.

Treehaus is connected to a Korean Bibimbap restaurant (called Koso Fresh or something)  that never seemed to be open when we went by, but we were here on a Sunday before noon. My friend didn't see the restaurant open during his late night iced coffee run either, but it seems to be open (and busy) on weekdays. It's owned and operated by Treehaus, offering a build-your-own bibimbap menu for you to create your own mixed rice bowl (lettuce/cabbage option available for people trying to avoid carbs). That would have been nice to try out.

I'd definitely come back the next time I'm in the area. I was a bit disappointed that the bibimbap restaurant was closed though and that the hours were not visible, and I didn't like that some of their items on display had no prices on them. But the food was good, the environment was nice, and we had no problems with the service, so I would recommend this place.
Posted by RY at Thursday, March 07, 2013