Major mistake: making this breakfast the morning of your flight.

Not because it's bad - on the contrary, it was quite good. But it's massive and filled with beans. And you know the saying "beans, beans, the magical fruit"? If you do, well... I'm sure you can imagine why that might not be too good when you have a flight later in the day. 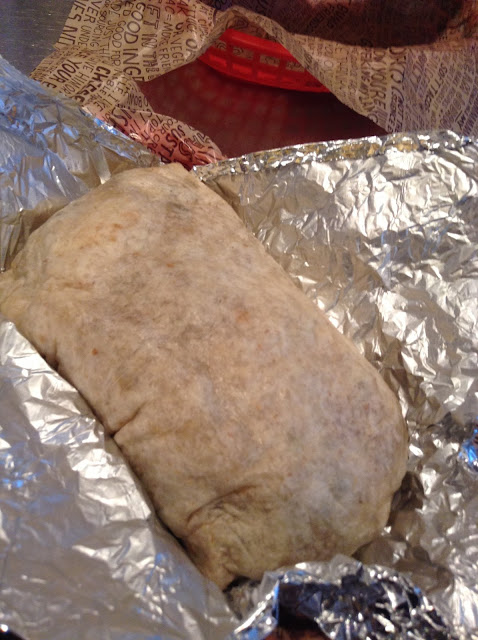 We have this in Toronto too, but my friend wanted to try it. I know the pics don't really show how big it is, but imagine a medium-large hand making a fist. The width was about that big after they packed everything in it. There was so much filling that it spilled out. 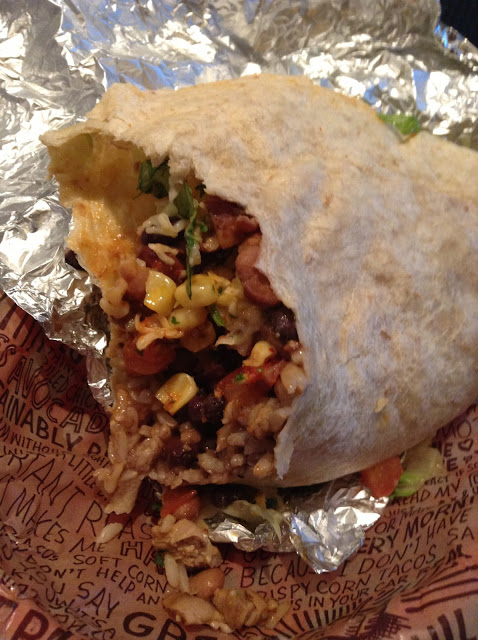 after a few bites

Guacamole is $2 extra, but mine doesn't have that. I think it was $8.50 after tax. Neither my friend nor I could finish ours. We could have probably just split one and have been satisfied enough.